Book 10 in the Theo and Ramona series

How many people know that Finland and Sweden were a united country for more than 600 years? Or that Finland got it´s name from the russian czar Alexander I when he conquered Finland from Sweden? In year 2009 Sweden has been at peace for 200 years!

This and much more about the war in Sweden/Finland you will learn when reading this utterly exciting book ”The forgotten war 1808-1809”, being the 10th independent adventure book featuring Theo and Ramona. A book everyone should read!

"What have I done now?" Ramona exclaimed. She instantly understood that a new time travel was upcoming. She wanted to reach for Theo to bring him with her, but it was too late…

When Theo and Robert notice that Ramona has disappeared, they do not know where she has gone. But as they think she has travelled to the war in 1808-1809, when Sweden lost Finland to Russia, they start reading all they can find about the war. Each time Theo reach for a new document about the war it get unknown consequences. Ramona fights for her life in the Finnish war while the bullets whine through the air around her. People are blown in pieces and death is lurking around the corner. Will Theo and Robert make it in time to save Ramona before it is too late?

"This is a great book! Exciting, fascinating description and real.”

"What have I done now?" Ramona exclaimed when the well known feeling of dizziness came over her.  In the same time everything disappeared in a blur. She instantly understood that she was experiencing yet another time travel! She wanted to reach for Theo to bring him with her, but it was too late…

The sound of Theos perplexed voice was the last thing she heard before the sound of canons and guns took over around her. Ramona remembered the words she had just said, standing in front of the display case watching all the artefacts from the war: ”I wonder how it was living in that age”. Already then she had started feeling the tingling sensation in her body, yet she continued saying: It must have been awful! Then it all happened and her peaceful life suddenly changed into something really terrifying!

"Oh! Look!" Theo exclaimed in surprise, pointing at the display case. Robert hurried forward to see what Theo had discovered.

"You see the knife there?" Theo said pointing at it.

"It looks almost exactly as the knife I had in my home in Pompei!” Theo said without taking his eyes from it.

Neither Theo nor her cousin Robert had yet discovered that Ramona had disappeared. They were totally focusing on the mini exhibit about the war in 1808-1809, which was set on board the ferry travelling between Sweden and Finland. Catching their interest was all the canon balls and weapons on display.

After a while, when Robert had had enough of old stuff he turned to suggest to Ramona that they should do something else. To his surprise she was nowhere to be seen. Where could she have gone? 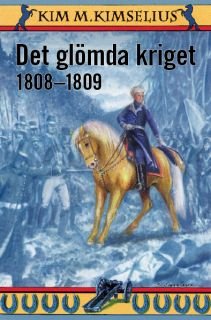