Book 9 in the Theo and Ramona series

Text on the back cover of The Knight's sword:

Terror-stricken, holding a sword of a knight in their hands, Theo and Ramona suddenly realise that they have not returned to their own century. Hearing the sound of voices, Ramona let go of the sword to hide while Theo, petrified with horror, remain staring at the sword in his hands.

Theo soon realise that the sword is the return ticket to their own time. He can not let go of the sword, no matter what happens. Unfortunately his decision leads him and Ramona in different directions, to Mont-St-Michel and Château de Pirou in Normandie, France, experiencing the 14th century and the age of chivalry. Not knowing that evil plans are made about sudden death. Plans including them both.

What the reviewers had to say about The Knight's sword:

"In a skilled, absorbing and vivid way Kim let the reader experience the age of chivalry. The way she tells the story she manages to catch the readers interest from beginning to end.”

"Kim has again managed to catch the age and spirit in an exiting story!"

Excerpt from The Knight's sword:

Puzzled Ramona and Theo stared at each other. Just a minute ago they had been in Paris, experiencing the French revolution. Together with Ramonas cousin Robert they had reached for the guillotine blade which they thought where going to bring them back home. Now Robert was nowhere to be seen. Where was he and where were they? One thing that was certain was that they had not returned to their own age, the 21st century!

Theo and Ramona had a great gift, they could travel in time. However, most often it happened when they least expected it to. This time they had really been taken by surprise. They had been in the 17th century for a while, experiencing the french revolution where people had their heads cut off by guillotines. They had experienced the most horrible things and managed to get away in the last minute. Theo and Ramona had thought that by grasping the blade of the guillotine they would return to their own, safe century. Instead they were now standing holding a sword of a knight in their hands. How on earth did that happen?

They had no idea where they were, in what century, in what country or in what place. The only thing they knew was that they had a habit of ending up in difficult situations as soon as they travelled in time.

Ramona let go of the sword as if it had burned her fingers. Theo on the other hand had a firm grip of the sword. He looked in admiration at the heavy, two edged sword. The handle was nicely carved and he could see some initials on it just above the top of the sharp edge. The sword shimmered as if it was brand new, or had been polished recently. Theo was so fascinated by the sword that he totally forgot for a minute that he should be in a museum in his own age, together with Robert and Ramona, not in the tent where he and Ramona was right now.

Voices outside made Ramona quickly look for somewhere to hide. She dove down behind a trunk in the far end of the tent. Stunned she watched Theo where he was standing in the middle of the tent, holding the sword in a firm grip as if he was afraid to let go of it. He looked as if he was frozen and did not seem to have any intention to hide like Ramona. What was he doing? Why didn’t he try to hide anywhere?

The firm grip Theo had of the sword tightened when Theo heard the voices outside the tent. Even if he wanted to hide he knew it was no point. The most important right now was to not let go of the sword. The Sword was the only safe point. The only thing that Theo believed would bring them back to their own age again. How else would they be able to travel back home? Because by now he knew for sure that he was not back in the museum where their journey to the French revolution started some time ago. Never before had they travelled from one old age to another without returning to their own age in between. Why had this happened this time he wondered.

Theo didn’t know and it would not help trying to understand what had happened. Now the only thing that he could do was to make sure it didn’t get any worse. He refused to let go of the sword, in his eyes the only link back home. He decided to stick to the sword like a drowning person would grasp for something floating in the water.

The Canvas suddenly opened and Theo found himself bathing in sunshine. The sword shimmering in his hands…. 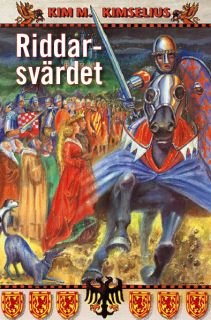